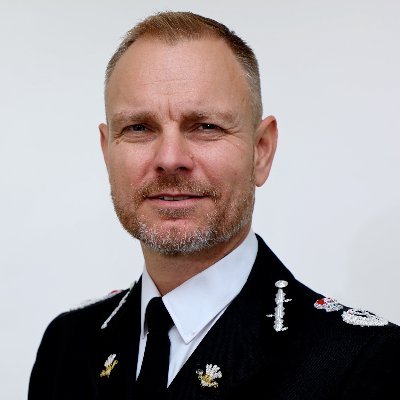 Matt Jukes QPM is Assistant Commissioner for Specialist Operations within the Metropolitan Police Service. He graduated with a BA in Mathematics from St Peter's College, Oxford in 1992 and three years later joined South Yorkshire Police as a PC. He worked as a detective and in other roles from 1997 to 2006, including representing UK policing at G8 meetings and time with the precursor of the National Counter Terrorism Policing Network.

He first moved to South Wales Police in 2010 as an Assistant Chief Constable, rising to become its Chief Constable in January 2018, also being awarded a Queen's Police Medal in the New Year Honours that year. Matt was awarded an Honorary Fellowship by Cardiff University for achieving international distinction. In November 2020, he moved to the Metropolitan Police Service as an Assistant Commissioner, initially with a remit for the MPS's transformation programme, and laterally with oversight over Specialist Operations.