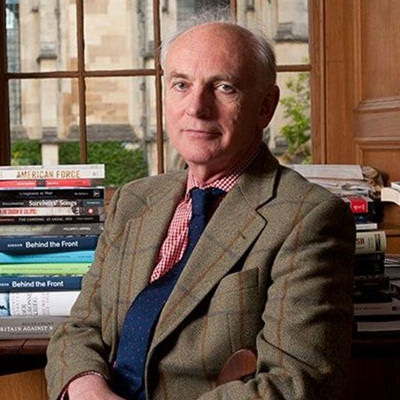 Hew Strachan, FBA, FRSE, Hon. D. Univ (Paisley) has been Wardlaw Professor of International Relations at the University of St Andrews since 2015. He is a Life Fellow of Corpus Christi College, Cambridge, where he taught from 1975 to 1992.
Time:
Time:
Event Type:
Location:

The D Group is delighted to welcome back Professor Sir Hew Strachan as a guest of honour. Sir Hew will discuss ‘the making of British national Security strategy’ which will be very timely given the publication of the long awaited Integrated Review and a full articulation of Global Britain earlier in the month.

Hew Strachan, FBA, FRSE, Hon. D. Univ (Paisley) has been Wardlaw Professor of International Relations at the University of St Andrews since 2015. He is a Life Fellow of Corpus Christi College, Cambridge, where he taught from 1975 to 1992, before becoming Professor of Modern History at Glasgow University from 1992 to December 2001. He was Chichele Professor of the History of War at the University of Oxford and a Fellow of All Souls College 2002-15 (where he is now an Emeritus Fellow), and Director of the Oxford Programme on the Changing Character of War 2003-2012.

He was a Commonwealth War Graves Commissioner 2006-18 and a Trustee of the Imperial War Museum 2010-17, and served on the national committees for the centenary of the First World War of the United Kingdom, Scotland and France. In 2010 he chaired a task force on the implementation of the Armed Forces Covenant for the Prime Minister. In 2011 he was the inaugural Humanitas Visiting Professor in War Studies at the University of Cambridge and became a specialist adviser to the Joint Parliamentary Committee on the National Security Strategy. He is an Ensign in the Queen's Bodyguard for Scotland (Royal Company of Archers). In December 2012, Foreign Policy magazine included him in its list of top global thinkers for the year. He was knighted in the 2013 New Year’s Honours, and was appointed Lord Lieutenant of Tweeddale in 2014. In 2016 he was awarded the Pritzker Prize for Lifetime Achievement for Military Writing. His recent publications include The Politics of the British Army (1997); The First World War: To Arms (2001); The First World War: a New Illustrated History (2003); and The Direction of War (2013).