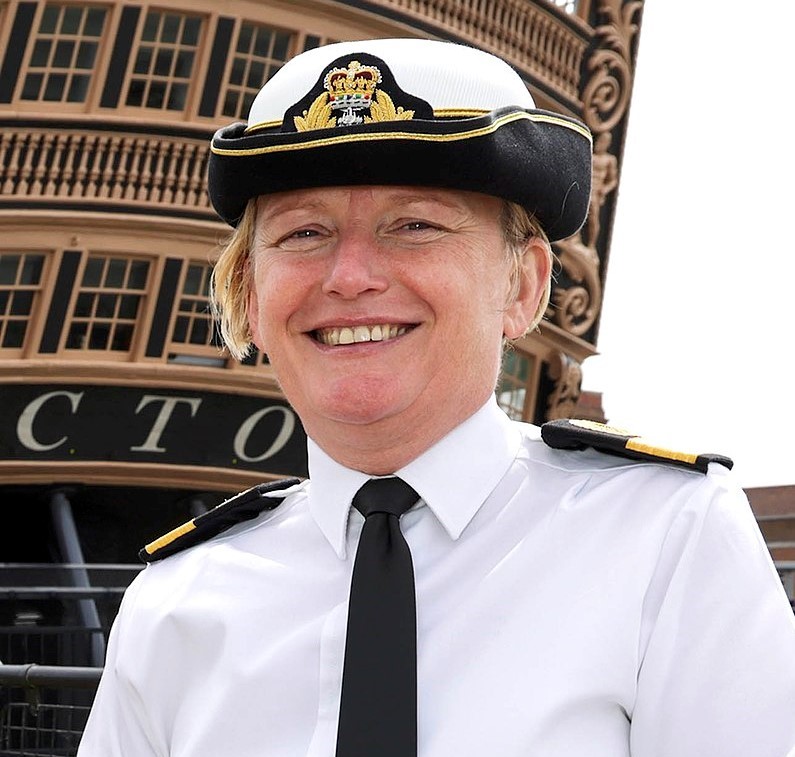 Commodore Jude Terry OBE serves as the Deputy Director of Personnel within Navy Command HQ. She had previously served as Assistant Head of Joint Plans, responsible for the UK Strategic Command Portfolio of Capabilities. She will be promoted to Rear Admiral and Director in 2022.
Time:
Time:
Event Type:
Location:

Commodore Jude Terry joined the Royal Navy in September 1997, having graduated from Dundee University with a BSc (Hons) degree in Anatomical Sciences. Her early career saw her employed in staff jobs in Faslane, Collingwood (Divisional Training School), Northwood (Joint Maritime Operational Training Staff) and NCHQ (Logistics C4I). Operational roles included Logistics Officer onboard HMS SCOTT and HMS OCEAN where she was lucky enough to deploy to the Indian Ocean, the Arabian Gulf, the Caribbean and the Far East.

Following successful completion of ACSC 15, and achievement of an MA in Defence Studies, she was appointed to PJHQ J5 (Afghanistan and Pakistan) in July 2012. The next 12 months were spent planning the Transition from Op HERRICK to Op TORAL, with specific responsibility for the drawdown of military capability in a coherent manner and the subsequent closure of Lashkar Gar, Bastion and Kandahar.

Selected for promotion to Commander in April 2013 she spent 6 months on the Integrated Change Programme (ICP) in NCHQ and then two years as the Military Assistant to the Chief of Joint Operations at PJHQ. There she spent time at the heart of the UK’s operational output; with highlights being the end of HERRICK and the start and end of GRITROCK. She joined HMS OCEAN as Commander Logistics in April 2016 and had a great 12 months; 10 of which were away from the UK and included deployments on BALTOPS and CTF50 in the Arabian Gulf. She was also the media officer responsible for Warship (Channel 4 documentary). A year in NCHQ as the Logistics Branch Manager followed where she dealt with recruiting, retention, training and other personnel management issues including Chef and Steward pinch points, tattoos and a review of the Royal Naval Welfare Service.

Selected for promotion to Captain in 2018 she joined SJFHQ as ACOS Support & Central Staff. During her 18 months in post, she saw the HQ transition from full operating capability to an operational footing and deployed on Saif Sareea 3 and AUSTERE CHALLENGE 19. An alumnus of HCSC 20, she joined Finance and Military Capability as Assistant Head Joint Plans in July 2020, following a short period supporting the personnel aspects of the NCHQ response to COVID19. Responsible for the UK Strategic Command portfolio of capabilities, whilst in post she has been closely involved in delivering the Integrated Review and Spending Review as well as an In Year and Annual Budgetary Cycle.

Recently selected for promotion to Commodore, she joins NCHQ as Deputy Director Personnel in March 2021.