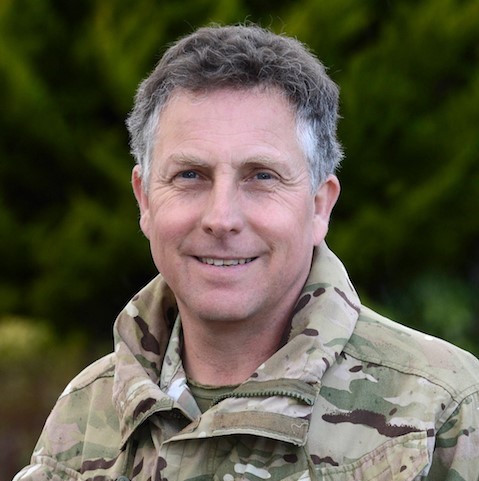 General Sir Nick Carter GCB CBE DSO ADC is the Chief of the Defence Staff. Acting as the head of the British Armed Forces, he is the principle military advisor to The Secretary of State for Defence and the Prime Minister within Her Majesty's Government.
Time:
Time:
Event Type:
Location:

General Sir Nicholas Carter was commissioned into The Royal Green Jackets in 1978.  He saw service in Northern Ireland, Cyprus and Germany before attending the Army Staff Course in 1991. From 1998 he commanded 2nd Battalion, The Royal Green Jackets, an armoured infantry battalion based in Germany, with operational deployments in Bosnia(1998) and Kosovo (1999 – 2000).

He commanded 20 Armoured Brigade, initially in Iraq from January to May 2004, and then in Germany until December 2005.  After completing Term 1 of Royal College of Defence Studies, he assumed the appointment of Director of Army Resources and Plans in the Ministry of Defence in May 2006. General Carter assumed command of 6th United Kingdom Division in January 2009 and was responsible for the preparation and training of the Task Forces deploying on operations to Afghanistan.

In February 2011 he took up the post as Director General Land Warfare with responsibility for Force Development, Tactical Doctrine and the delivery of Collective Training.  He was promoted to Lieutenant General in October 2011 and given responsibility for leading the Army 2020 Team to design the future Army. He was promoted to General in September 2014 and led the Army as Chief of the General Staff until June 2018 when he was appointed to be Chief of the Defence Staff.